THE FUTURE OF ISRAEL

In an eight week series on the future of Israel, the popular concept that today’s modern state of Israel was a fulfillment of Ezekiel 37 was challenged…

The Future of Israel

The passage in question, depicts Israel as a people on the brink of extinction. Then suddenly they are revived and enter the land, and comprise the whole house of Israel. The problem with applying it to today’s State is that there are more Jews living in foreign lands than in Israel. Right? God’s Word in the passage says it is the whole house of Israel. So that prophecy has not been fulfilled yet! Rather, what we have today (which began in 1947) is a fulfillment of Ezekiel 36:1-8, where the Lord issues a prophecy to the land to become fruitful (for my people are at hand to come). This is in anticipation of Chapter 37. This current (partial) return has brought the land back from the desolations that first began under Hadrian.

Which means, Israel has desperate times that must be fulfilled still…if ALL of God’s prophetic Word is used.

According to Deuteronomy 28 and 30. Israel is to go thru both a blessing and a curse.

64 And the Lord shall scatter thee among all people, from the one end of the earth even unto the other; and there thou shalt serve other gods, which neither thou nor thy fathers have known, even wood and stone. 65 And among these nations shalt thou find no ease, neither shall the sole of thy foot have rest: but the Lord shall give thee there a trembling heart, and failing of eyes, and sorrow of mind: 66 And thy life shall hang in doubt before thee; and thou shalt fear day and night, and shalt have none assurance of thy life: 67 In the morning thou shalt say, Would God it were even (night)! and at even thou shalt say, Would God it were morning! for the fear of thine heart wherewith thou shalt fear, and for the sight of thine eyes which thou shalt see. 68 And the Lord shall bring thee into Egypt again with ships, by the way whereof I spake unto thee, Thou shalt see it no more again: and there ye shall be sold unto your enemies for bondmen and bondwomen, and no man shall buy you.

This has not happened yet either!

They received the time of blessing first and then came the curse. The curse began in 606-516 B.C. and has lasted 2520 years according to the prophecy of Ezekiel 4, along with the explanations of Leviticus 26:18 and following. According to Ezekiel 4, Israel was to be scattered among the nations for a total of 430 years. Seventy of those years were for the land to rest. The scattering started in 606-586 B.C. Seventy years afterwards the land had received its rest with the last of the partial return coming back in 516 B.C. The remainder of the Jews would have returned in full by 176 B.C. However, because they intermarried in Babylon and other places their punishment would be multiplied by seven (Leviticus 26:18). They had still another 360 years left and it is multiplied by seven for a total of 2520, 360 days are Jewish years. That translates to 2483 of our years with the last possible count date starting in 516 B.C. That ended in 1967. Since then the land of Israel has come back to fruition causing the desert to bloom like a rose.

However, things are about to change. Once every-thing culminates, Israel is to be gathered by ship from around the world, taken into Egypt, and dumped. However, some will be taken to Assyria. But the ones in Egypt will try to sell themselves as slaves but no one will buy them. They will think they are doomed, and resolve to their fate. The purpose of this action is to purge the rebels from among them. Many of them will have remembered the Lord in distant countries, which is why they are being gathered. In essence. A revival or sorts will be under way among the Jews just prior to their deportation. All will eventually be brought back to Egypt where a purging process will occur.

Notice the language: The Lord will gather them out of the countries, plead with them face to face like he did during the exodus, remove the rebel, and bring the rest into the bond of the covenant and then into the land.

This bringing them back into the land will occur by way of the red sea.

11 And it shall come to pass in that day, that the Lord shall set his hand again the second time to recover the remnant of his people, which shall be left, from Assyria, and from Egypt, and from Pathros, and from Cush, and from Elam, and from Shinar, and from Hamath, and from the islands of the sea. 12 And he shall set up an ensign for the nations, and shall assemble the outcasts of Israel, and gather together the dispersed of Judah from the four corners of the earth. 13 The envy also of Ephraim shall depart, and the adversaries of Judah shall be cut off: Ephraim shall not envy Judah, and Judah shall not vex Ephraim. 14 But they shall fly upon the shoulders of the Philistines toward the west; they shall spoil them of the east together: they shall lay their hand upon Edom and Moab; and the children of Ammon shall obey them. 15 And the Lord shall utterly destroy the tongue of the Egyptian sea; and with his mighty wind shall he shake his hand over the river, and shall smite it in the seven streams, and make men go over dryshod. 16 And there shall be an highway for the remnant of his people, which shall be left, from Assyria; like as it was to Israel in the day that he came up out of the land of Egypt.

8 I will hiss for them, and gather them; for I have redeemed them: and they shall increase as they have increased. 9 And I will sow them among the people: and they shall remember me in far countries; and they shall live with their children, and turn again. 10 I will bring them again also out of the land of Egypt, and gather them out of Assyria; and I will bring them into the land of Gilead and Lebanon; and place shall not be found for them. 11 And he shall pass through the sea with affliction, and shall smite the waves in the sea, and all the deeps of the river shall dry up: and the pride of Assyria shall be brought down, and the sceptre of Egypt shall depart away. 12 And I will strengthen them in the Lord; and they shall walk up and down in his name, saith the Lord.

When the above occurs, they will take the whole land from the river of Egypt (Nile) to the Euphrates (Iraq). This will include all of Jordan.

So again what is to become of the current state of Israel? The group currently there is a partial return. They came from the nations mentioned in Isaiah 11:11-15. But there is to be a 2nd gathering from those nations as-well. The current group in Israel have been put there to bring the land back from the curse. It was essentially not capable of supporting a sudden mass return. Even the return of 1947-50 struggled to survive but they have made the desert blossom like a rose. The land has been prepared to accept the world’s Jewish population. But the current state of Israel must be deposed.

By the way. The Hebrew word for violence in Obadiah is (chawmac). We pronounce it Hamas.

When one reads the entire account, Obadiah is a prophecy against the state of Jordan (Edom). They will have stood by while violence is perpetrated against the Jews living in the land. Those doing violence will, along with Jordan, take the possessions of the Jews, cast lots for Jerusalem, and kill off any Jew trying to flee. But it is all a sign. It is a sign that the day of the Lord is near.

But the Bible is even more specific. Isaiah 26:17- 27:13 gives us a clue. The passage begins with the rapture of the church. The rapture is associated with the travailing woman both here and in Isaiah 66:5-9. We know from our study of the feasts of Israel that the rapture occurs on Tishri 1 with the sounding of the last trump. Three and a half days later at the close of the time of preparation, another trump (called the great trump) is sounded.

Whether this occurs 3.5 days after the rapture or perhaps 3.5 years it is remarkably close either way. It is very clear that the destruction of Israel, its crossing of the red sea and the rapture/resurrection are very closely linked.

Here is how we currently believe it unfolds…

Somewhere around #5 thru #7 the rapture occurs.

As we can see the approach of the Revelation 12 sign on Sept 23, 2017, we need to be watching Israel as well. Not only are the heavenly signs of the great eclipse and the travailing woman approaching, the geo political activity is moving at such a fast pace it is hard to keep up.

Much of today’s dispensational thought is wrapped up around the notion that the nation of Israel, as it currently exists, is a fulfillment of Ezekiel 37. It is not. None-the-less, that is the current thought. Imagine what will happen when Israel falls. The mockers will not need to wait. “Where is the promise of His coming…” (2 Peter 3:3-4) will be the theme song. Even many in the Revelation 12 movement will begin to doubt.

This is why Bible prophecy is so important. It is there to keep us from getting tricked when there are forces out there that are spending a lot of effort to do just that.

Those in the know will be able to:

1. See things biblically and purify themselves as He is pure 1 John 3:3
2. Govern their speech and activity
2 Peter 3:11b-12a…what manner of persons ought ye to be in all holy conversation and godliness,
12 Looking for and hasting unto the coming of the day of God,
13 Nevertheless we, according to his promise, look for new heavens and a new earth, wherein dwelleth righteousness.
14 Wherefore, beloved, seeing that ye look for such things, be diligent that ye may be found of him in peace, without spot, and blameless.
3. Encourage one another as we see the day approaching. Hebrews 10:24-25.

We are told to:

- Psalm 122:6 Pray for the peace of Jerusalem: they shall prosper that love thee (this is God’s all-inclusive peace, not man’s “peace”).

- Be vigilant and watching.

- Watching means we have learned through the Holy Spirit what to look for.

- As we watch and see the day approaching, we are supposed to specifically call people to the wedding feast of the lamb citing what we see approaching.

Lord, thank You for bringing us alongside You, to walk with You as You perform Your Ezekiel 37 plan for Israel. Thank You for letting us be part of prophetic ministry. We want our hearts to be like Yours as we meditate and pray for Your people as we look ahead to Your Ezekiel 37 Plan. We want to walk with You and do what You want us to do in these things, Abba, Daddy…thank You! Amen

How extremely important it is to have minds AND hearts in accord with our loving Abba, God, as we rely on the Holy Spirit to “show us things to come and lead us into all truth” according to Jesus, and recorded in John 16:13. Our hearts are to share the truth only. His Truth only.

Satan is the ultimate, superior liar and deceiver. The battle we face in and out of the church/public/governments will be triumphant…because of Christ, and Christ in us. Not our will Lord, but Yours! 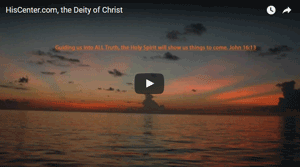 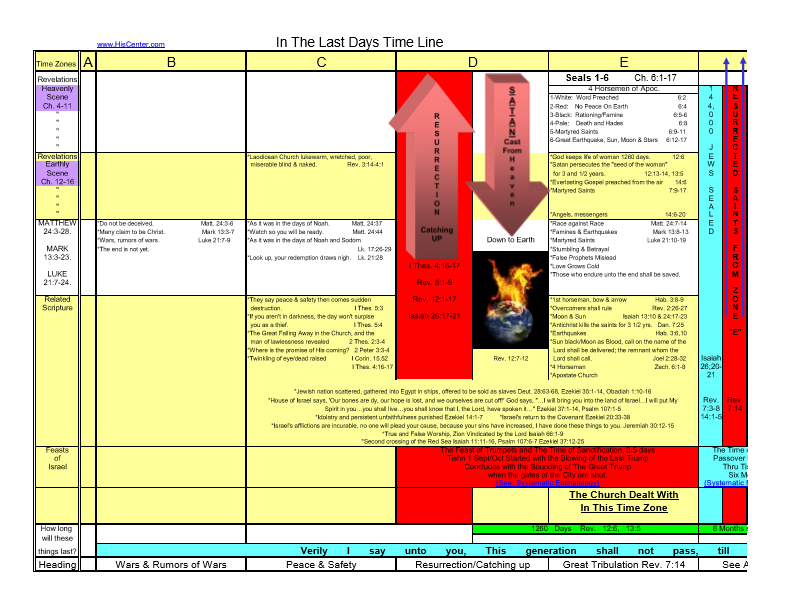 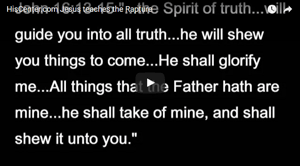